Turtle Reserve is our main destination. We had to drive around 40km from Sur, the city where we stayed, to Ras Al Jinz.

When we reached the reserve, it was full of people, I guess it was due to the long weekend in UAE and Oman. Our reservation for turtle watching was not considered at all, it really was a first-come-first-served basis. However, they managed it very well. We were divided into 12-13 groups, then the groups were called one by one to do the payment. 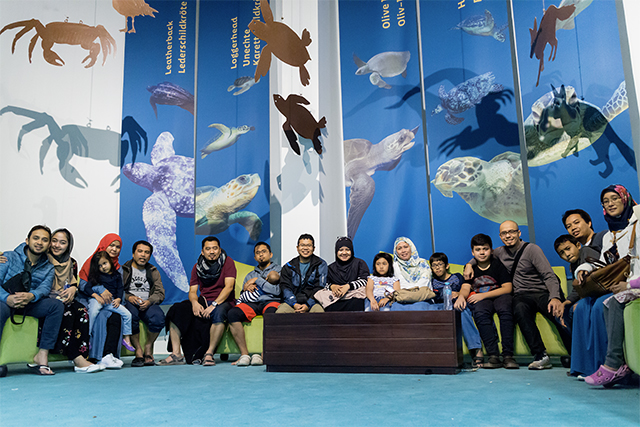 From the reservation to the beach is about 2km, we started walking toward  the beach at 10pm. It was luckily full moon time, so the moonlight really helped us, since only the guide is allowed to carry a flash light.

December is actually not the season for the turtles laying their eggs on the shore. But luckily, we found 3 turtles. The first one was on the way returning to the sea, the second one was calmly digging the sand, and the last one was a baby turtle trying to get to sea.