This time, we headed to emirate of Fujairah for camping. The camping site is in a beach in al-Aqah region. We stopped by at Friday Market in Masafi region to take a sip of fresh coconut water and some bites of sweet corn. 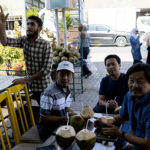 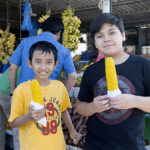 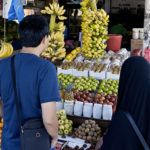 We reached there around 4pm, and there were already lots of campers on the beach side. We drove a little, almost reaching the end of the beach, and found some space for our group to build our tents.

On the way back, we visited Bidiyah Masjid. It is about 9 km from al-Aqah beach toward Fujairah city. It is referred to as the oldest masjid in UAE. And it was built approximately in year 1446 AD.

We also visited Hatta Heritage Village and Hatta Dam, in the emirate of Dubai. From Fujairah, we took the Sharjah-Kalba road to get to Hatta. We passed through a long tunnel under a hill. They call it, Wadi Hello tunnel.