Hello World of the Raspberry Pi

Our aim is simply lighting up a single led using Raspberry Pi. 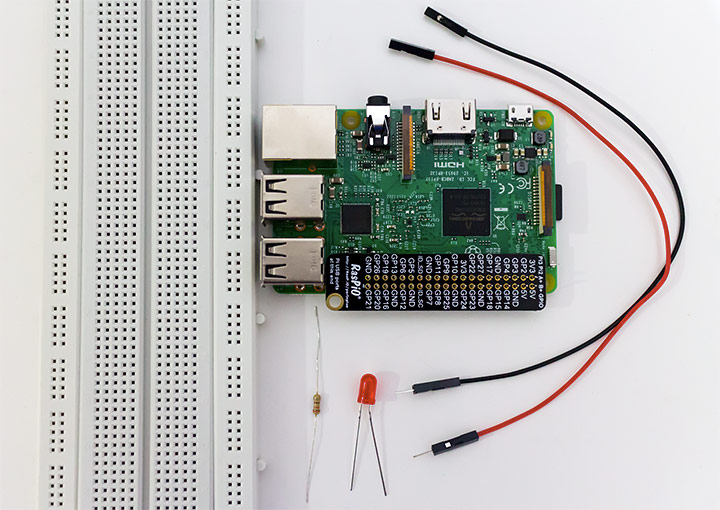 A little theory about breadboard, before we start :

Basically this is how we’re going to wire them up : 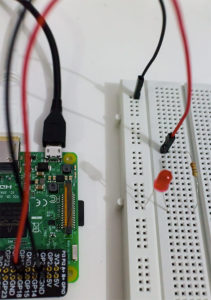 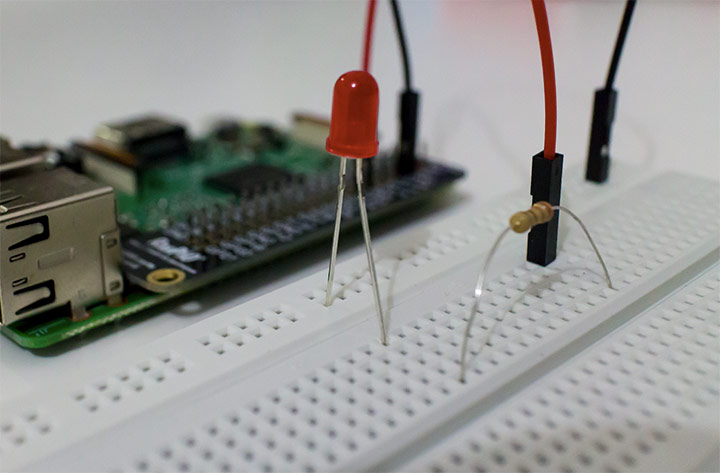 Now connect the monitor, keyboard, mouse, and power supply to the Raspberry Pi, and turn it on.

We’re going to use a programming application called Scratch to control the on and off of the Led. To be able to use the GPIO pins, we need to start the GPIO server by clicking Edit menu and Start GPIO server. 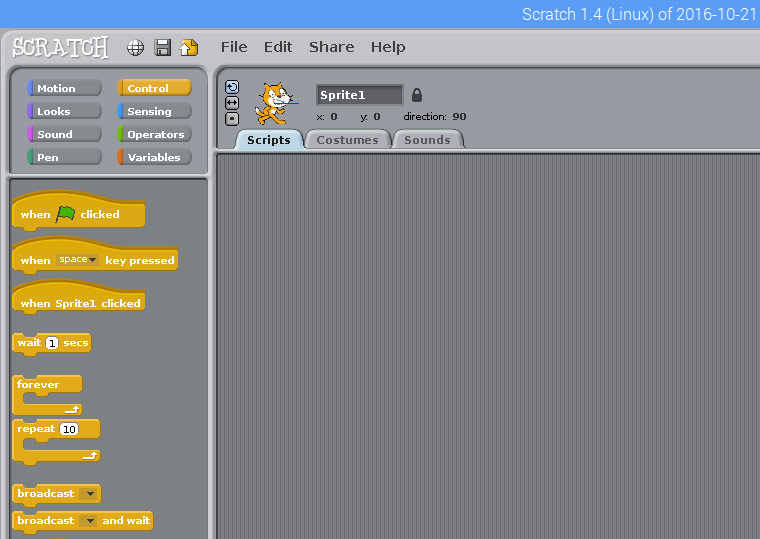 Drag and drop “when space key pressed” control to to the Scripts area. This way, a press of the space bar on the keyboard will trigger an action. 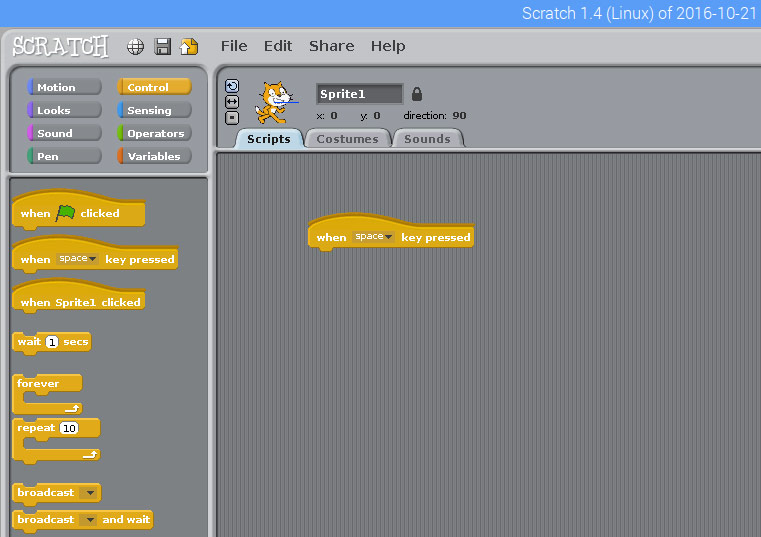 Get “broadcast” control and plug it to the “when space key pressed” control. Change the broadcast value to “gpio17on”. This will tell the GPIO17 of the Raspberry Pi to light up the Led. 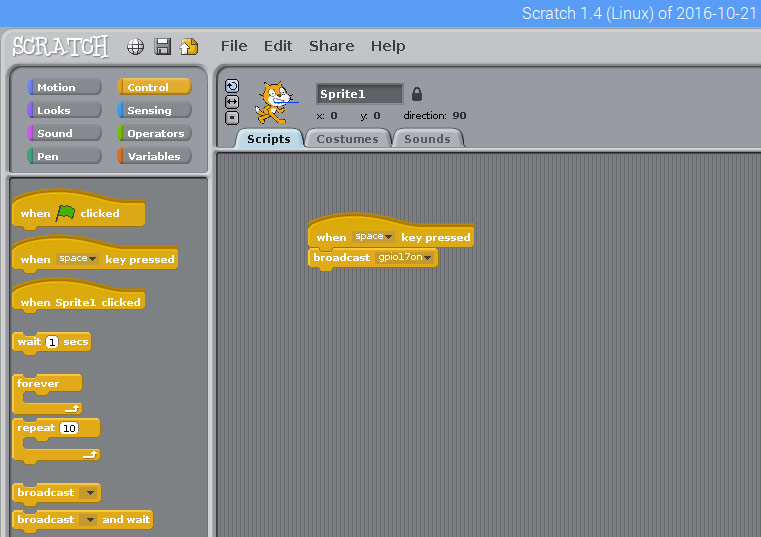 Plug the “wait 1 secs” control and the “broadcast” control to the two earlier controls. Change the broadcast value to “gpio17off”. This means that the Led will be off 1 second after it is turned on. 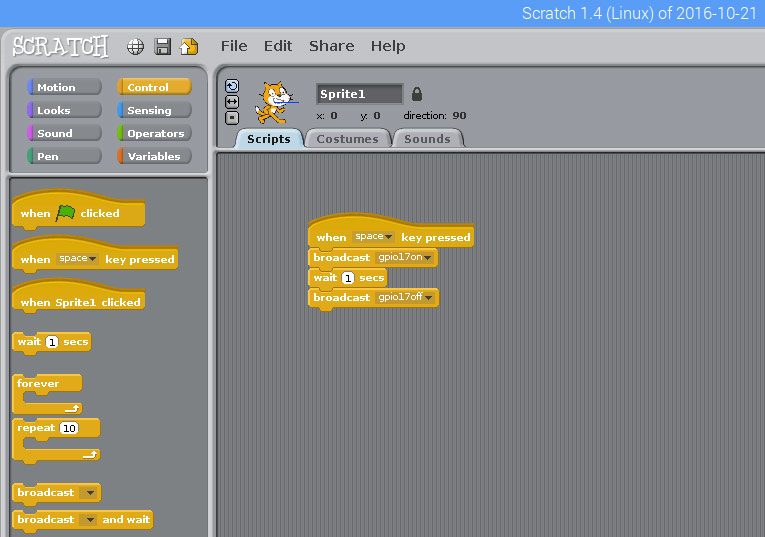 Our programming is done. Now press the space bar on the keyboard,

We can also achieve similar result by doing a little programming using Python. Start Python 3 application, and create a new file. Put this code in the file and save it as led.py :

Open the terminal application, and execute below command :

We have said Hello to the world of Raspberry Pi!